Yongmudo includes a variety of skills that offer several choices in how to respond to a given attack or situation:

WHAT’S THE POINT?    Rolls are essential for “getting along” with the environment around us. Rather than having our bodies fight against the ground when we fall, we can redirect our own energy to be able to get up with scrapes and bruises rather than broken bones.
Bottom line: when we fall, we can bounce back up and keep up with the action.

BETTER FALLS, BETTER THROWS...WHAT?    “You don’t understand a throw until you learn how to fall” is a common saying of ours. Learning to fall well is an essential skill to staying healthy. Improving throws through practice requires a partner that can get back up afterwards to be thrown again...and again...and again. Then, the roles are reversed and you become the thrown — it’s only fair.

HEALTH BENEFITS?    This short article discusses the benefits of studying judo rolls and falls especially for senior citizens. The author shares that the medical cost of falls in 2010 was 30 billion dollars. It’s worth it to learn a little bit about what to do when we fall and avoid some expensive medical bills.
Go to: Can Learning Judo Reduce Your Risk of Injury From Falls?

WHAT’S THE POINT?    The objective of throwing is to get the opponent unbalanced and then take immediate advantage before they can recover their stability. It is not about trying to out-muscle an opponent. In fact, the beauty of effective throwing lies in how solid technique can negate an opponent’s reliance upon brute strength and do it in spectacular fashion. 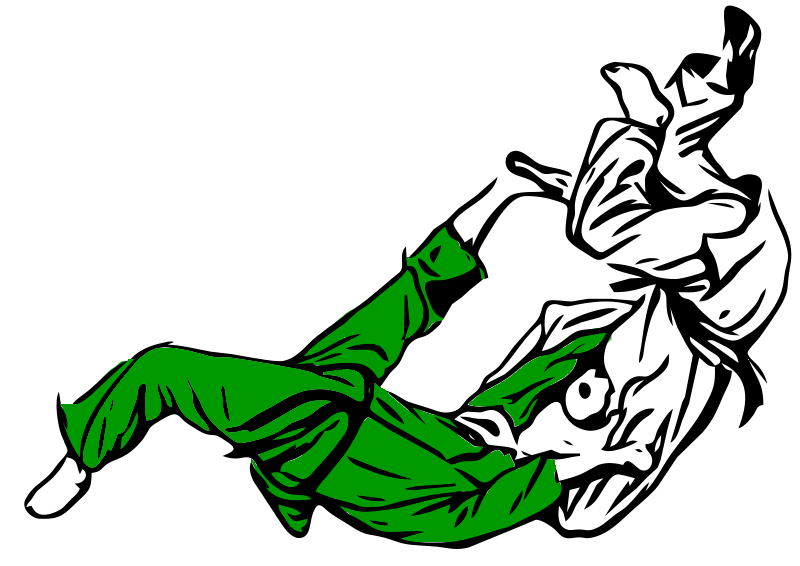 The literal translation of hapkido is “the way of uniting energy” (hap - unite; ki - energy; do - way or path). Throwing techniques highlight this idea. The goal is to bring the bodies together and control the combined body mass. Rather than working separately, the person throwing must commit to getting closer rather than farther away from the other person. A certain amount of courage and resolve is required to make an effective throw.

3 Parts of a Throw

Yongmudo offers a choice: rather than resisting outright, a defender can yield to another’s force and then redirect it — similar to judo. An effective throw is comprised of three components:

“Fit In”. A prepatory step moving into position relative to the unbalanced opponent's body properly setting-up the throw (Tsukuri).

Throw. A "joining together" for the execution of the proper throwing technique (Kake).

Tips for Better Throws
A

Do not resist and/or try to “out-muscle” the opponent. Instead, practice “helping” the opponent to get off-balance.

Physics & Judo.    This a very good article by Jearl Walker describing proper mechanics for hip, major outer reap, and sweeping ankle throws.
Go to: The Physics Of Forces In Judo: Making The Weak Equal To The Strong

Improving Understanding.    This paper is a biomechanical analysis of the three components of a Judo throw (Kuzushi, Tsukuri, Kake) in order to improve instruction beyond the traditional understanding. It also includes a brief history of Judo and Dr. Jigoro Kano.
Go to: A Biomechanical Reassessment of the Scientific Foundations of Jigoro Kano's Kodokan Judo

Details of Throws.    This reprint of the third revised edition (1948) offers extensive details on the mechanics of effective throws.
Go to: Twelve Judo Throws and Tsukuri

More Physics.    Several studies offer information on the forces and impulse — the change in momentum — of various throws. A summary of one study (with a link to the original paper) outlines the results of hip throw, shoulder throw, and leg throw.
Go to: Judo Physics: Ranking Martial Arts Throws (Physics Buzz Blog)

The Original Article.    This is the original paper published in the Journal of Sports Science and Medicine, (2007) 6(CSSI-2), 15-22, and summarized in the article above.
Go to: A Kinematic Comparison of the Judo Throw Harai-Goshi During Competitive and Non-Competitive Conditions

Description of a few kicks.

Aside from wrestling, striking and blocking are probably the most easily recognized and familiar techniques in the yongmudo repetoire. It takes little imagination to understand raising or swinging our arms for protection and then striking out with a closed fist or open hand. These are very direct movements.

Perhaps more than any other skill, striking is a spontaneous action that anyone can perform. Learning how, when, and where to strike is a valuable lesson and the bones in the hand are not ideal for strike the skull — despite what we see in the movies and on television.

Wrestling is familiar to just about everyone around the world. Nearly every family experiences some form of it between brothers, sisters, cousins, and friends from an early age. It was familiar to many socieities in the ancient world and formalized into a competitive sport in the Ancient Olympic Games. In Ancient Japan, wrestling was even used to decide imperial succession at least once.More... 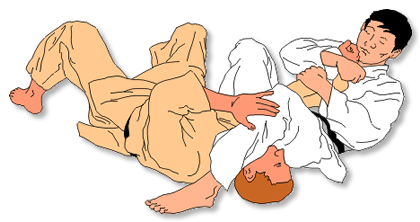 Learn about a few similarities and differences between yongmudo and freestyle wrestling.

WHAT IS SIMILAR?    Yongmudo and freestyle wrestling are similar in that the idea is to grab the arms, legs, and/or torso and control the other person with various holds. No striking, kicking, hair-pulling, pinching, scratching, fishhooks, finger/toe bending or breaking, eye-gouging, or other “dirty” techniques are allowed in regular training or competition.

WORKING FROM THE BACK.    Working from the back may be the most striking difference between these two wrestling styles. Perhpas the most familiar hold in freestyle wrestling is the “pin” where the victor forces the opponent’s shoulders/shoulder blades in contact with the mat for three seconds for the win. In freestyle wrestling, being on your back for any length of time is bad; a competitor will fight hard to stay off their back. Many people think that being on their back means that they are in an inferior position and may be defenseless if not completely helpless.

In yongmudo, however, working from the back is completely fine because being on the back is not necessarily an indication of submission. This position also allows the use of the legs and feet to help control the opponent and even secure a submission hold such as a triangle choke and win a match.

JOINT-LOCKS & SUBMISSION HOLDS.    Joint-locks and submission holds such are arm-bars, leg locks, and chokes Disallowed in freestyle wrestling but are key techniques in yongmudo for causing the opponent to tap out, “submit” to the victor, and end the match.

During both training and competition, “tapping out” by tapping or slapping the ground, the other person, or oneself with a hand, foot, arm, leg, or head is the universal signal that “You got me; I give up from the pain (or potential pain) — STOP! and release me NOW!” 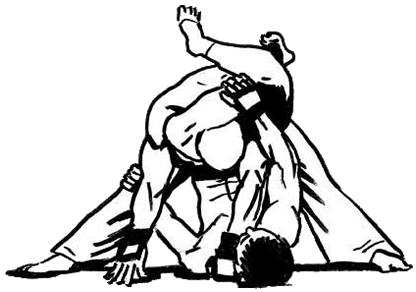 CHOKES.    Yongmudo allows the use of lapel chokes and non-naked chokes with the agreement between two partners. Non-naked chokes are those that utilize an arm next to the head/neck and greatly reduce the stress applied to the neck and spinal column. Naked chokes are when the attacker's arm wraps directly around the opponent's neck without a supporting arm between the attacker's arm and the opponent's neck.

GRABBING THE UNIFORM.    Yongmudo wrestling allows grabbing of the opponent’s uniform for control. This is why a thick uniform is needed otherwise wrestling singlets, t-shorts, sweatpants will get ripped apart fairly quickly.

STRATEGY.    Freestyle wrestling is fast and furious action of moves and countermoves requiring a great deal of agility, leverage, and stamina with some amount of strength within a set time period. Yongmudo grappling can be limited by time, submission, or exhaustion.

The short version to any difference in strategy might be that freestyle wrestling goes for hold then position; yongmudo goes for position then hold.

Even without the submission joint-locks or chokes, grappling offers an incredibly satisfying workout involving just about every muscle of the body.

TAKE DOWN THE BIGGEST ATTACKER.    Attacking the joints is an effective method to subdue, restrain, immobilize, or injure even the largest opponent. Each joint — wrist, ankle, knee, elbow, shoulder, fingers — functions well in very specific angles. When a joint is moved into certain angles with even minimal pressure, the result can be a surprisingly amount of pain. With increased pressure, a joint can be dislocated or broken causing severe and even debilitating injury. An attacker of any size can be quickly discouraged from aggressive intentions and immobilized due to the intense pain and injury caused by an effective joint-lock.

HEY! ROUGH PRACTICE IS UNNECESSARY.    That’s right: you don’t need to break bones — yours or someone else’s — to practice, train, and learn. Developing these specialized skills does require a certain amount of maturity to practice. Clowning around can result in severe injury. Because these techiques can quickly result in injury, attentive care is needed to practice the techniques and still keep the partner healthy and in one piece. This is why children are not taught these techniques. Not so much because of any cruel intentions as much as a child’s tendency to become distracted and become careless at exactly the wrong moment.